Dogs Get Hay Fever Too! 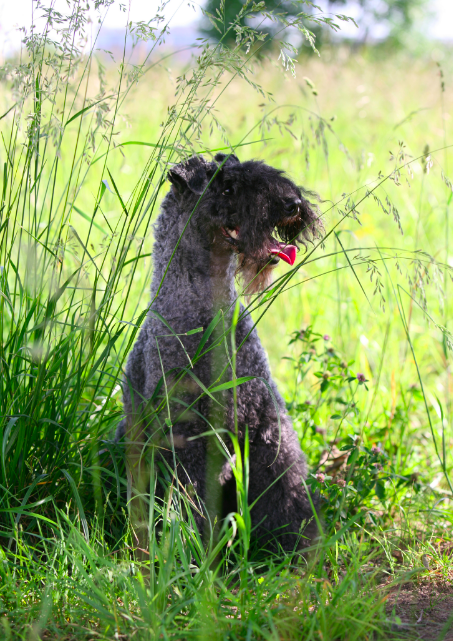 Hay fever is a type of inflammation which occurs when the immune system overreacts to allergens in the air. Hay fever (or Allergic rhinitis) is typically triggered by environmental allergens such as pollen, pet hair, dust or mold. The condition can make feel people who are prone to it feel really miserable. But did you know dogs (and cats) can suffer from hay fever too? However, their immune systems are not the same as ours, so sneezing and runny noses aren’t usually the presenting symptoms. Pets with hay fever are often very itchy all over their bodies. The most commonly affected areas of the skin include the armpits, the groin, the base of the tail, the feet and the sides of the face. Signs of canine hay fever involve:

• Rash on the face and paws

• Scabs and lumps in the skin

Hay fever is a seasonal allergy, so the greatest problems will be during the summer and early fall. Some dog breeds seem to be particularly prone to hay fever, including terriers, poodles, schnauzers and the Dalmatian. Like humans, dogs can develop hay fever at any age although symptoms often begin when dogs are 1 to 3 years old. It can be difficult to figure out what’s causing your dog’s allergies, since the symptoms of hay fever are similar to many other things. Your vet can do allergy testing to identify if hay fever is indeed causing the problem.

CAN CANINE HAY FEVER BE TREATED?

With hay fever it’s not possible to remove the source of the allergy and unfortunately there is no cure for it. But there are a few things you can do for your dog to make him feel better:

• Keep your dog indoors as much as possible on days when pollen counts are high, especially on windy days.

• Wash your dog’s bedding weekly with hot water and vacuum regularly to remove the pollen your dog picked up during walks.

• Choose the areas where you walk your dog carefully, keeping him away from longer grass and vegetation.

• Wipe your dog’s coat over with a damp towel immediately after a walk to remove any pollen. Start with the face and end with the legs and paws (your dog may have been running on grass, coming into direct contact with pollen).

• Boost your dog’s immune system. By improving the general health of your dog allergic reactions can be helped. Make sure your dog has a healthy weight and a balanced diet.

• Give your dog oatmeal baths frequently to sooth the skin and remove pollen. Oatmeal can give your dog temporarily relief from dry and itchy skin. Just poor one cup crushed whole oatmeal in a tub and stir. You can also use an oatmeal shampoo for dogs or other shampoo’s designed to reduce skin problems (although not so frequently that it dries out the skin).

• For the rare cases where pollen allergy does provoke sneezing and runny eyes, eye and nose drops supplied by the vet can be effective.

If none of the mentioned treatments prove effective, your dog might be a candidate for hay fever medication or allergy shots. Consult your vet for further information.

« Keep Your Chickens Hentertained!
How To Prevent and Treat Red Mite »