Social Media Executive Rosie has been at Omlet for a year, and when she was asked by her managers if she was interested in broadening her chicken knowledge (and creating fun content for Omlet’s social media platforms) with her very own flock, she said yes straight away.

Since we last spoke to Rosie a few weeks ago, she has rescued 5 ex-caged hens that now live in her backyard in their very own Eglu Cube chicken coop. We caught up with Rosie to see what the first few days as a chicken keeper has been like. 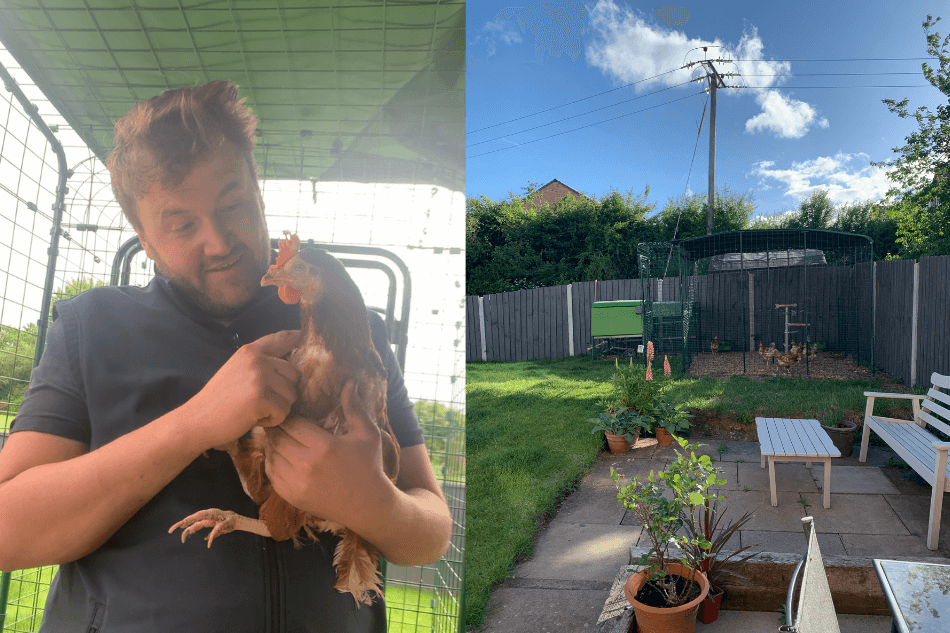 Why did you decide to rescue in the end?

We went to see some breeders, but none of them had any Buff Orpingtons available, which are one of Max’s favorite breeds. He’s always been keen on the idea of rescuing though, so one evening I went on BHWT’s website and realized there was an adoption pickup in the next village that same weekend. It seemed like a sign.

Now I’m really happy that we did, it adds another level seeing them be so happy when they’ve had a rubbish start to their lives.

What was the experience of picking them up?

It was all very well organized and efficient! I received an email telling us where and when to collect the hens, and the volunteers were super kind and helpful when we got there too.

We had originally reserved four hens, but they had a few extras, and we couldn’t resist taking one more home with us! We knew these particular rescue hens were ex-caged hens, but I actually expected them to look way worse than they did. Three of them are in a pretty bad state in terms of feathers, and one has a bit of a wonky beak, but they all seem relatively healthy. I can’t wait to see their transformation in a few months!

While I put the hens in the dog crate we had brought and got them in the car Max got talking to the volunteers. They do the full rehoming process in one day to minimize the stress for the poor hens. Such a crazy thought they were in cages that same morning, and now we were taking them home to our backyard.

We put them in the coop for a few hours to get them used to it, then let them out into the run. It was amazing seeing them have all these firsts. We have wood chips in the Walk in Run, but under the coop there’s a bit of grass, and they were absolutely amazed by it. They were pecking and scratching like crazy.

I couldn’t stop watching them explore. We picked them up and put them back in the coop the first night but looking back I’m not sure we would have had to, because on the second night they all climbed back in by themselves when it was bedtime. Fast learners!

There was a bit of squabbling the first days, I could tell they were working on the pecking order. I was prepared for fighting and bullying, but it really wasn’t very bad. The top hen makes sure she gets to eat first, and if someone tries to cut the queue she gives them a peck, but once she’s finished, she’s happy for the others to have their go. 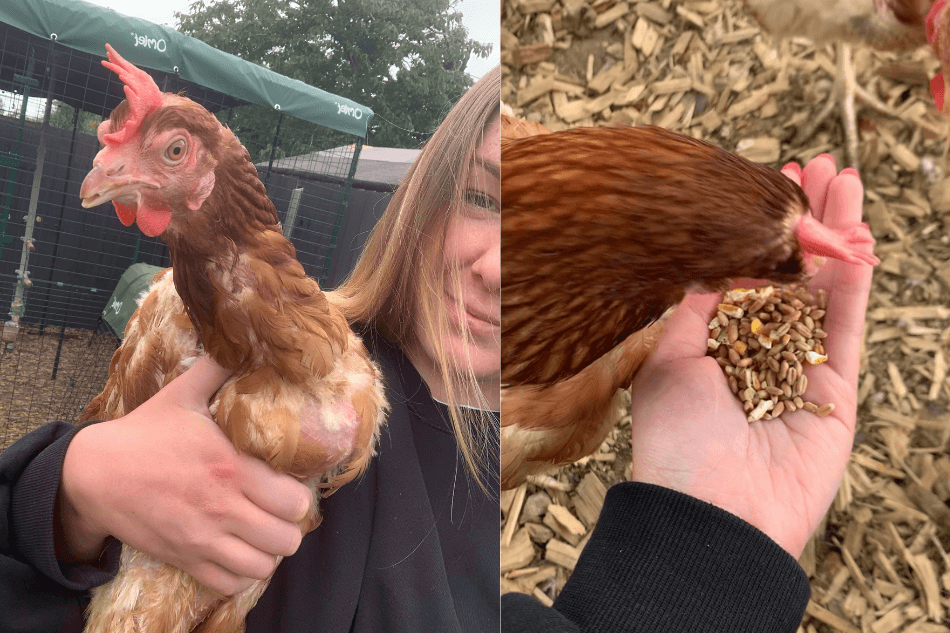 Have they produced any eggs?

Yes, lots. I’ve been giving quite a few to Mum as she’s been baking cakes for my nieces’ birthdays, but there’s still plenty for me and Max. I’m sure I’ll be bringing them into the office soon!

How is your dog finding it?

When we first let her out in the backyard after the hens had moved in she would stand by the run and stare at them and whine – she really wanted to get in and meet them. She leaves them alone when you tell her though, and she’s already losing interest, so I hope they’ll get along.

A funny thing is that when I let her out in the garden unsupervised she doesn’t even go close to the coop. I was watching her from the window and she was just doing her own thing, but as soon as we’re in the backyard with her and give the chickens any attention she suddenly wants to join in. So there’s probably a bit of jealousy there.

The chickens are not scared of her at all though. When she stands by the run they walk straight up to the mesh and look at her.

I’m a bit surprised by how much I already like them. When I’m working from home I go out and see them a few times every day – they’re definitely time wasters, but in a good way. Everyone at work is saying how much I talk about them already; I’m quickly becoming a crazy chicken lady!

They have got really tame super quickly. To begin with they would run away when we came close, but now they take corn from my hand and let us hold them. I knew Max would love being a chicken keeper, and he’s really enjoying it, but I didn’t think I would get this attached so quickly.

Now they are used to their home I am going to let them out to explore the backyard a bit more, I’m really looking forward to that. 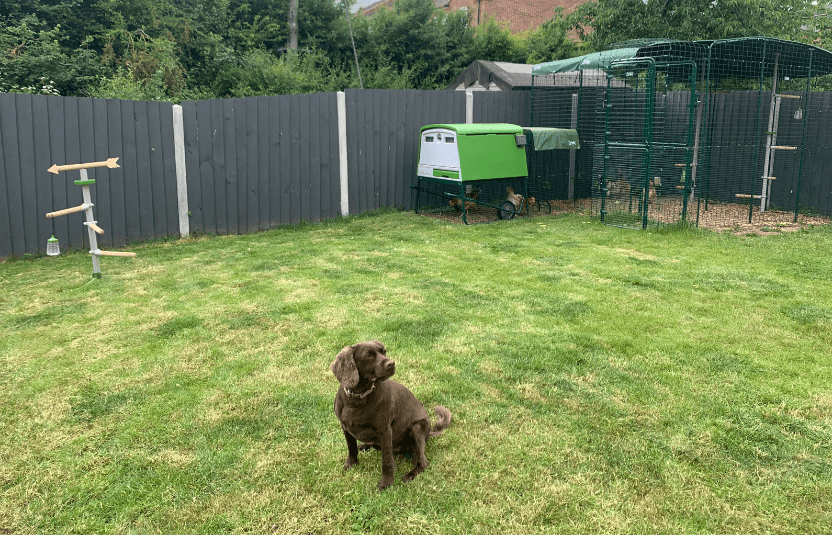 Oh, wait until the antics start, finding eggs in odd places every so often when loose in the yard, running to you when you come outside, first snowfall. Get a folding lounge chair for your yard and I’m sure you’ll have some pile onto your lap when you sit with them. I have two that want to be held. And, take pictures of them and your coop. I have a picture booklet that I keep in my purse for when people ask about my flock.