We asked people from the amazing Omlet community to share stories of how their pets helped them find love, or how animals played a big part in some of their most romantic moments. Cuddle up and read these heart-warming stories!

I met my husband, Dan, in 2001 while we were both working for FEMA in NYC, on the Disaster Response Operation following the 9/11 terrorist attacks; he was Logistics from HQ, and I was Community Relations from NYC. He came over to my apartment, and, being a US Army Ret. workaholic can-do kinda guy, he decided I needed shelves – and that he was just the man to install them! Dan set out his tools and got to work… and Trapper, my sweet old Yellow Lab, laid down next to him and put his paws over Dan’s tools. It was SO obviously a possessive “he’s mine” move that we both started to laugh- that was one of the many reasons I knew Dan was “the one”: Trapper was not going to let him go!

Trapper always loved me, I’d had him since he was a puppy in 1988, but he ADORED Dan: he’d finally found “his guy”! And Dan loved him back: When we moved to WV in 2002, and Trapper’s back legs started to go from old age, Dan carried him up and down 3 flights of stairs every day… and Trapper would lay out in the sun while Dan worked on our garden, swiveling his head around, as he had to see Dan All The Time… he’d “arf” if he couldn’t see Dan at all times! 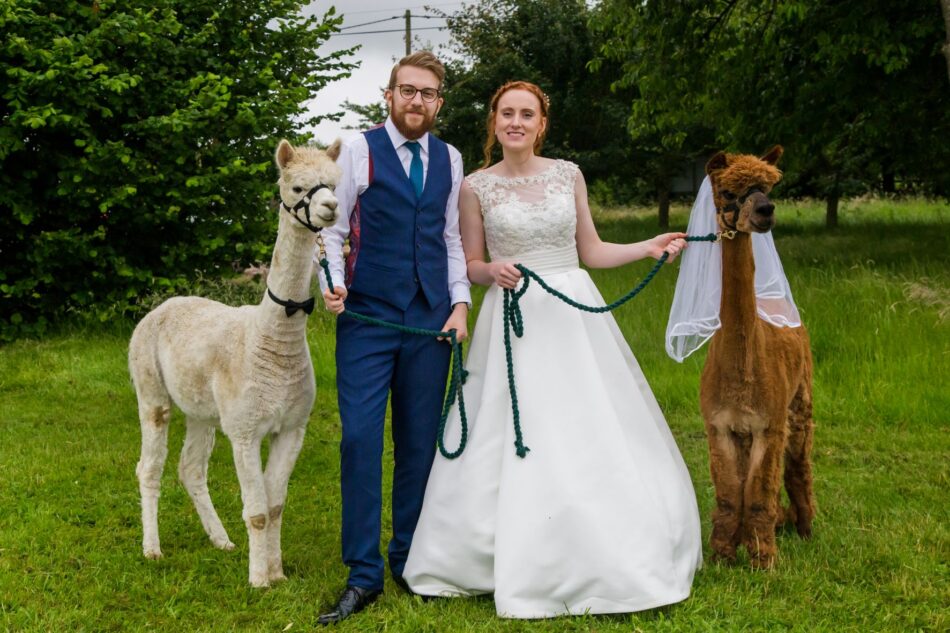 As a child I grew up around animals, and this pushed me into my career as a veterinary nurse. My life is based around my pets, and pet owners put their trust in me every day to keep their 4 legged, feathered, and scaled family members safe.

My valentines love story is about my wedding day, it wouldn’t be the same without animals around me! Upon planning the wedding when I called my local pastor the first thing he asked was ‘I hope your dogs are coming’ of course they were going, but he didn’t realize the extent of the animal packed day! I was taken to my wedding by 2 beautiful grey horses pulling us along with my 3 dogs by my side. My dogs walked down the church aisle with my man on honor, and one of them was my ring bearer! I’m so proud that she managed to go all the way down the aisle without stopping to get cuddles from all her favorite guests in the church pews. I was then taken by the horse and carriage to a beautiful barn where my mom surprised me with one of my favorite animals, alpacas!

By the end of the day my dress was black and green where the alpacas had stood on my dress, but I didn’t care, it truly was a magical animal packed day! However, I was a little sad my chickens and guinea pigs didn’t get to make an appearance, but I think they were happy enjoying the sun at home! 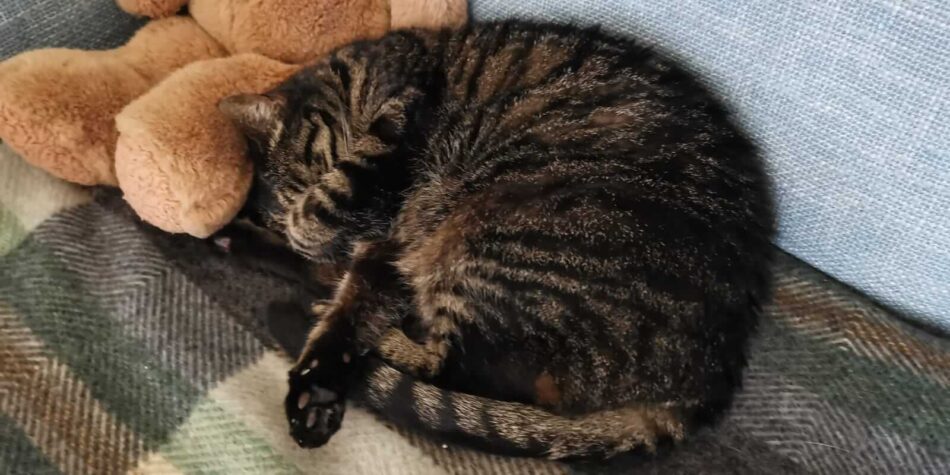 When I first met my now husband, he told me he had a cat. Having not had my own place due to being at university and travelling I was very intrigued as I love animals. I swear blind he told me that she was called Stripe because she had a white stripe from the tip of her nose to the tip of his tail. This wasn’t the case as she was a tabby with no white markings. But it got me intrigued enough to hear more!

When I first went to my now husband’s house for the first time shortly after we met, I sat on the sofa while he made a cup of tea in the adjoining kitchen. While he was doing that his cat (Stripe) came and sat on my lap and I was stroking her. When he came back with the tea my husband said that she never does anything like that as she is a very shy cat. So we always say that Stripe chose me as she knew I would love her!

She sadly died in 2020, but we gave her the cat equivalent of a state funeral. 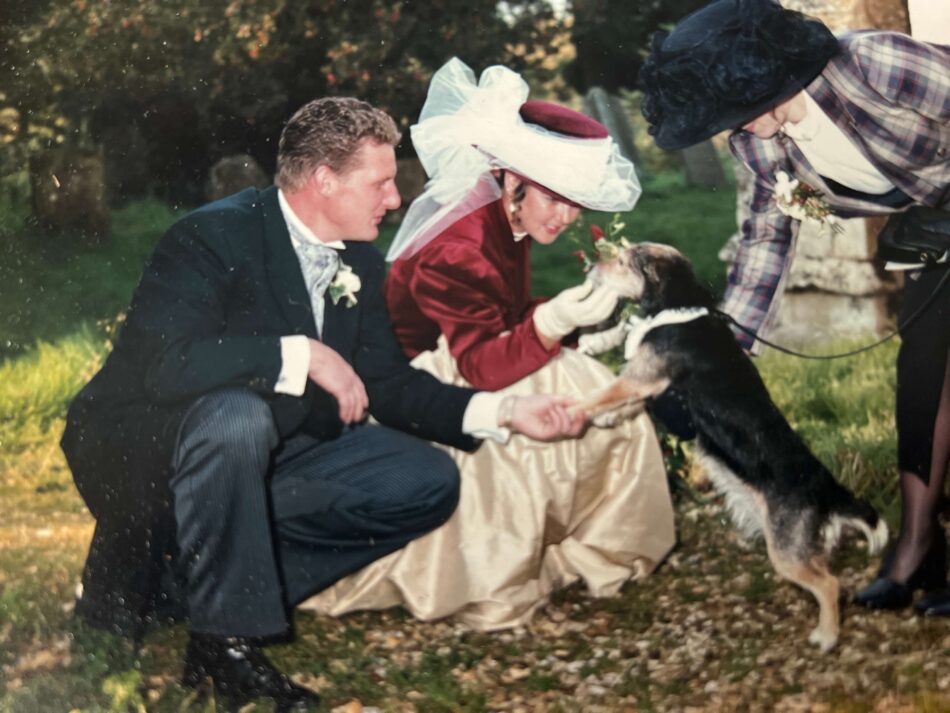 My cuddly Cupid was my first ever dog called Dooby!! She was a Lakeland Terrier cross with a Jack Russell – and a very picky, feisty dog. When I had a few friends come over to stay, just near Christmas, she decided that night that she would leave my nice warm bed and go and sleep with one of my friends. Her choice!!

His name is Ian and we have now been married for nearly 25 years, and yes, she was at the ceremony. Unfortunately, we no longer have her with us in the flesh, but she will always be with us in spirit, having made the best decision of my life for me!! 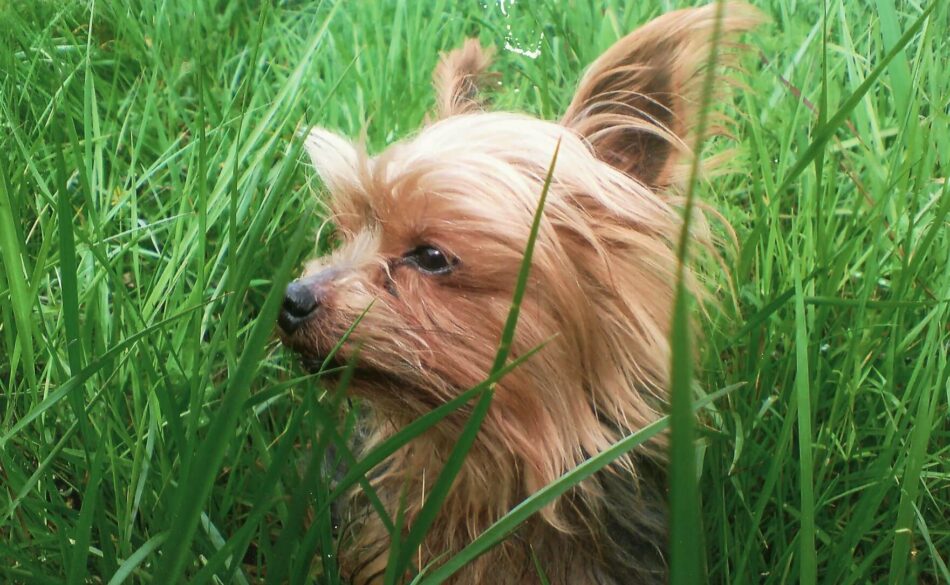 When I met my future wife Céline, she had a 3-year-old Yorkie: Nouky.
The first time I went to pick her up to go to the cinema, her father opened the door. I politely asked to see Celine, but the dad called Celine’s mother Lyn, pretending I was coming for her…
But the little dog, whom I had met the week before, came to cheer me on. I wasn’t in the wrong house! He stayed with us for the next 12 years, always playing ball (excellent goalkeeper) and never tired!

One reply on “Cuddly Cupids – Your Pet Love Stories”

Thank you so much for including our Pet Love Story! Sharing it- and tagging you- on social media! 🙂