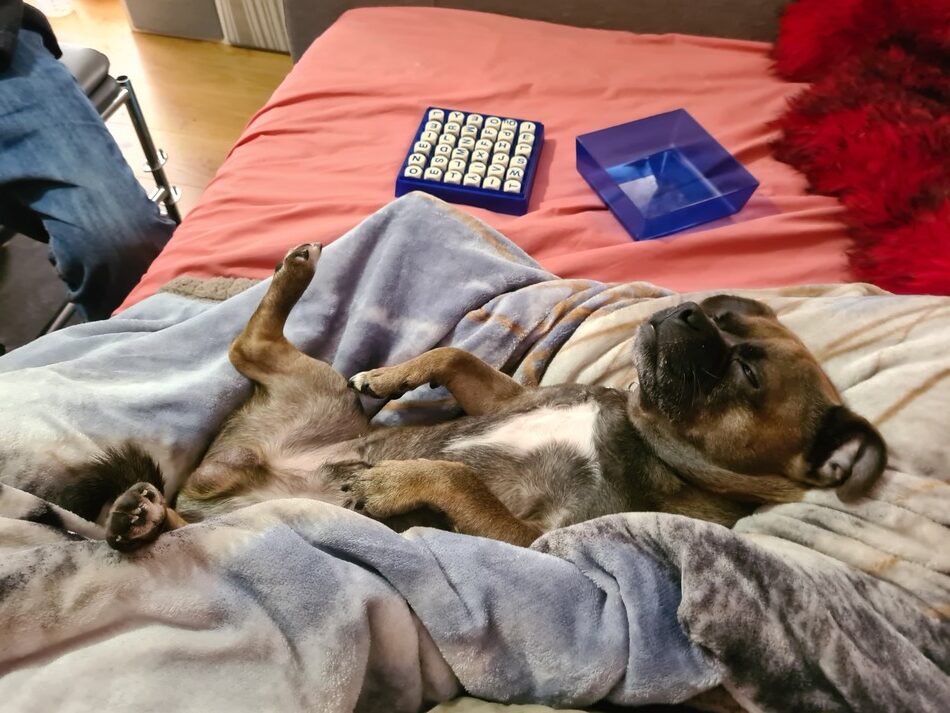 Mipit is a Mental Health Assistance Dog for his human, Henley. Mipit keeps Henly alive and independent. Who wouldn’t love a dog that can put out your recycling, answer your phone, and be your best friend, come rain or shine?

Six years ago, homeless and experiencing mental health crisis, Henley was given a glimmer of hope when she was offered a flat. She reconnected with her mum and dad, and slowly, life started to improve with their help. But something was missing. Henley needed a companion.

Henley’s autistic and always wanted an autism assistance dog, but by now, Henley was too old to apply. One day, Henley and her mum went to get their hair cut. The hairdresser suggested they go to the nearby pet shop to ask if they knew of any puppies; the pet shop gave her two phone numbers. As Henley was leaving the shop, she spotted a leaflet on the window about Mental Health Assistance Dog training.

Henley called the breeder’s numbers and soon after brought home her first puppy. A jug (Jack Russel cross Pug) she named Lottie. First, she began training with the Kennel Club good citizen dog scheme and then assistance dog training with Darwin Dogs. But at six months old, Lottie was attacked by a pack of six dogs, and Henley decided to stop her training to give her time to recover. With Lottie better, Henley felt it would be good for her to have a friend. So she called Lottie’s breeder to see if any more pups were on the way. Luckily Lottie’s grandmother was pregnant, and when the puppies were born, Henley went to visit and brought home Mipit. 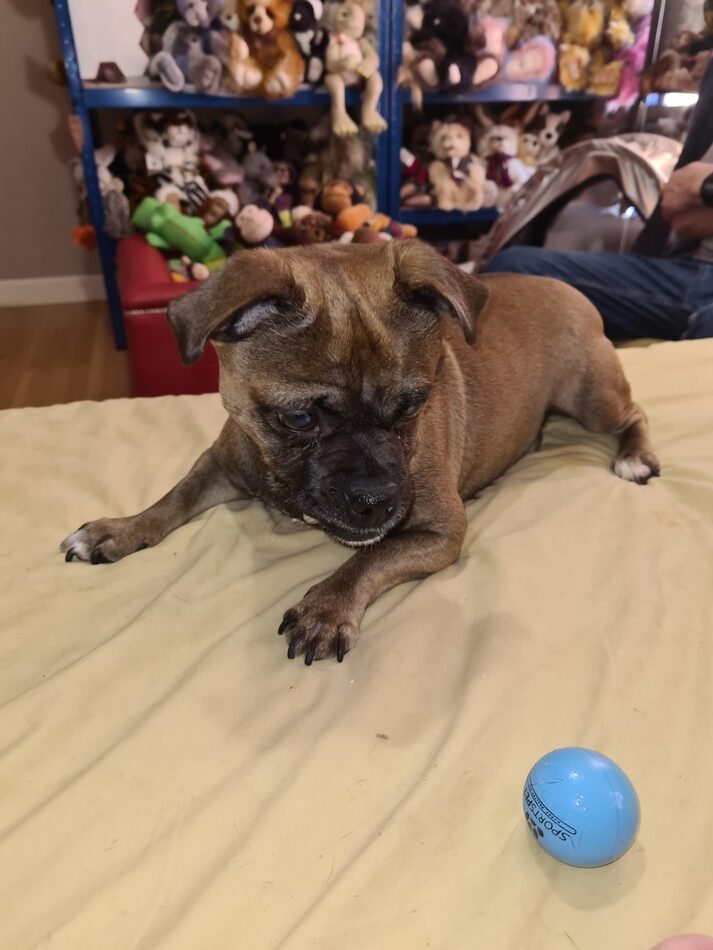 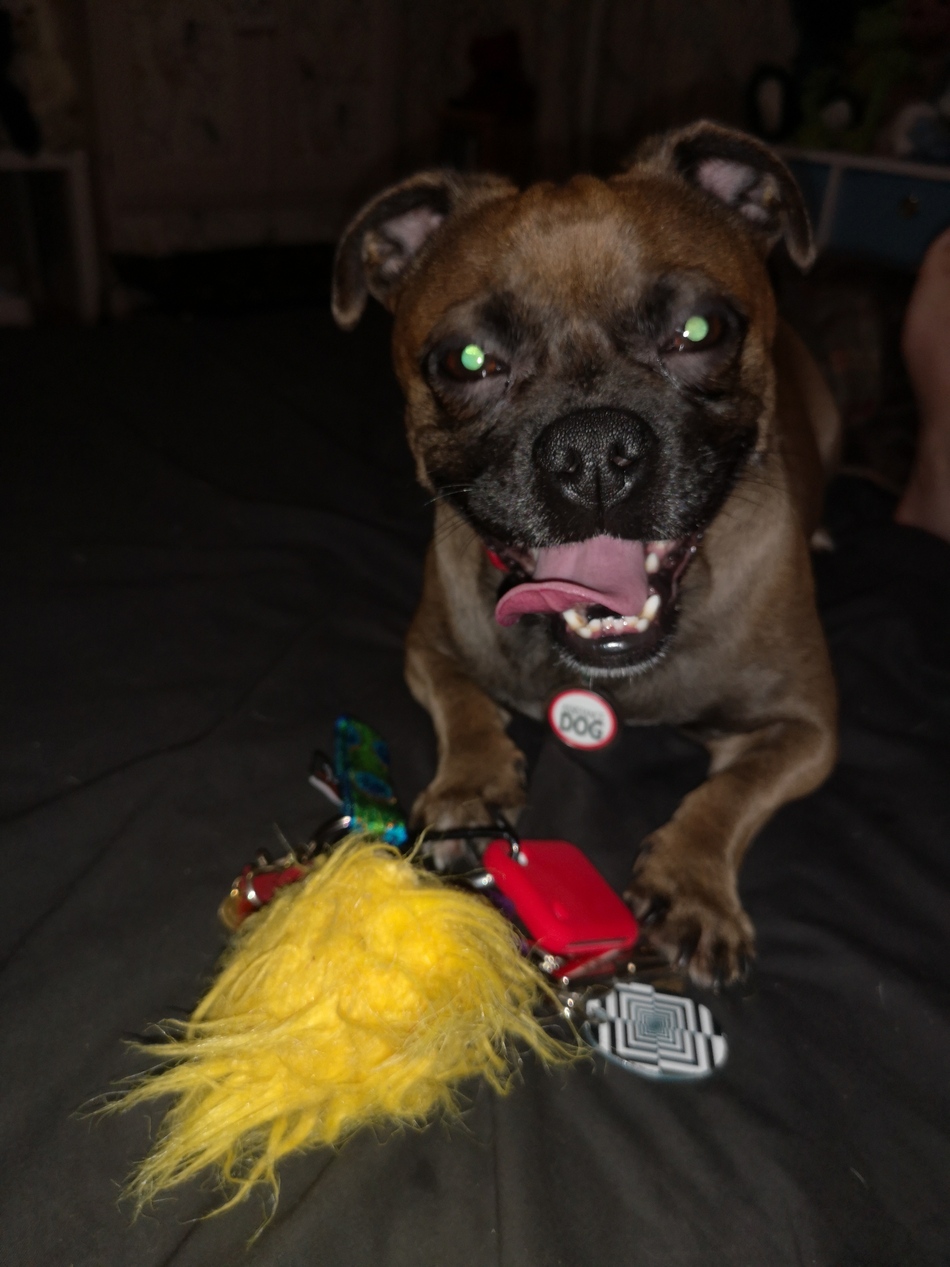 Mipit’s a Jug like Lottie, who Henley chose for his rebellious nature, but despite wayward first appearances, he’s proven to be intelligent, loving and loyal. Within a few weeks, Mipit was doing things that Lottie had taken months to learn, and Henley decided to focus her assistance dog training with Mipit.

He flew through both bronze and silver Kennel Club assessments by the age of one. He was too young to start gold, so Henley started assistance dog training. In under two years, he’d completed all three levels. Lottie had taken the same time to complete only one. Mipit’s instinctive with training. “He can see into the future,” says Henley. “It’s like he already knows before you’ve trained him.”

Henley uses a wheelchair and Mipit is always beside her, ready to help. He opens doors, picks up the phone and takes out the recycling. He does things to make Henley laugh, like playing hide and seek under the duvet. He never turns off. Mipit’s training with Darwin Dogs is unlike any other assistance dog training. Henley has developed a partnership with him to train him in three special skills that are unique to her needs.

Mipits first special skill is to lay flat on Henley’s knee, giving deep pressure therapy to help with the pain she has in her legs. Secondly, he’ll fetch and retrieve anything up to his own body weight. His third skill is a showstopper. If Henley’s been upset anywhere, Mippit will sing to her to help her recover. He often sings Henley out of Sainsbury’s to get her ready for the journey home, and Mipit has become known for his singing in their home town. Sometimes Henley is stopped by people asking, “Are you the one with the singing dog”, and Mipit will gladly give a little performance.

Last year Henley lost her mum. This was devastating for Henley’s mental health. Both Henley and her Dad, Chris, credit Mipit with keeping them a team, working through difficult times and keeping their bond strong. “He forces us to be together in a lovely way. He’ll cuddle Dad and bring him to me. He dives up and gives me kisses when he knows I’m poorly.”

Mipits unconditional and constant devotion to putting a smile on Henley’s face gets her ready for the day, every day. With the help of Mipit and Lottie, Henley hasn’t self-harmed in six years and now lives in a bungalow with a garden with six chickens for company. Soon two rabbits will be joining their extra special support bubble.

Henley’s dad Chris says, “I watch Mipit because he picks up on Henley’s mood. When she’s not feeling good, he moves closer. It gives me comfort to know Mipit is looking after her. He’s a cracking little chap.” 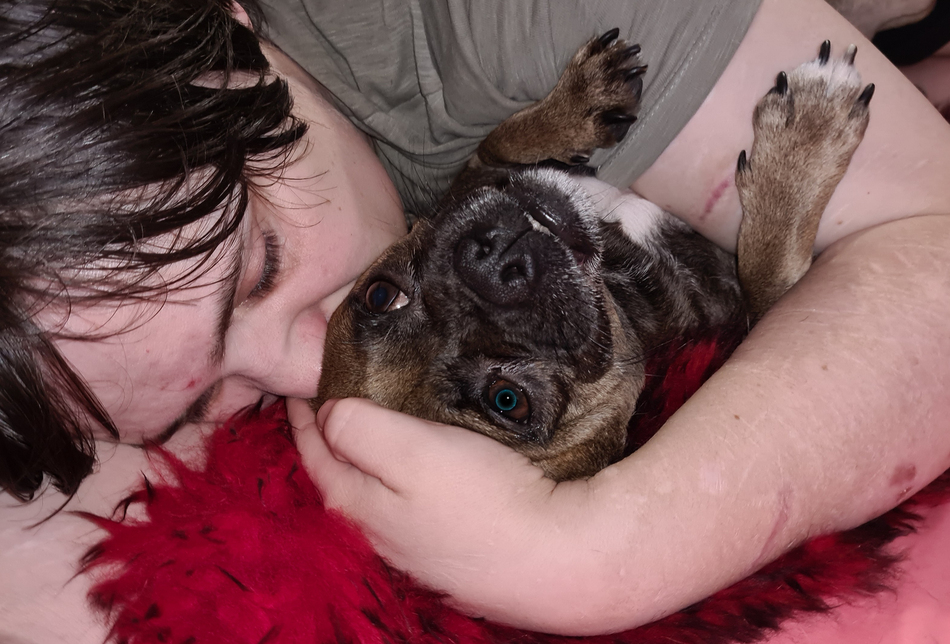 « Guinea Pig Activities – How To Keep Your Cavies Entertained
Amazing Health Benefits of Eggs: Why Eggs Are Good For You »