Aggressive rabbits: What to Know and How to Help 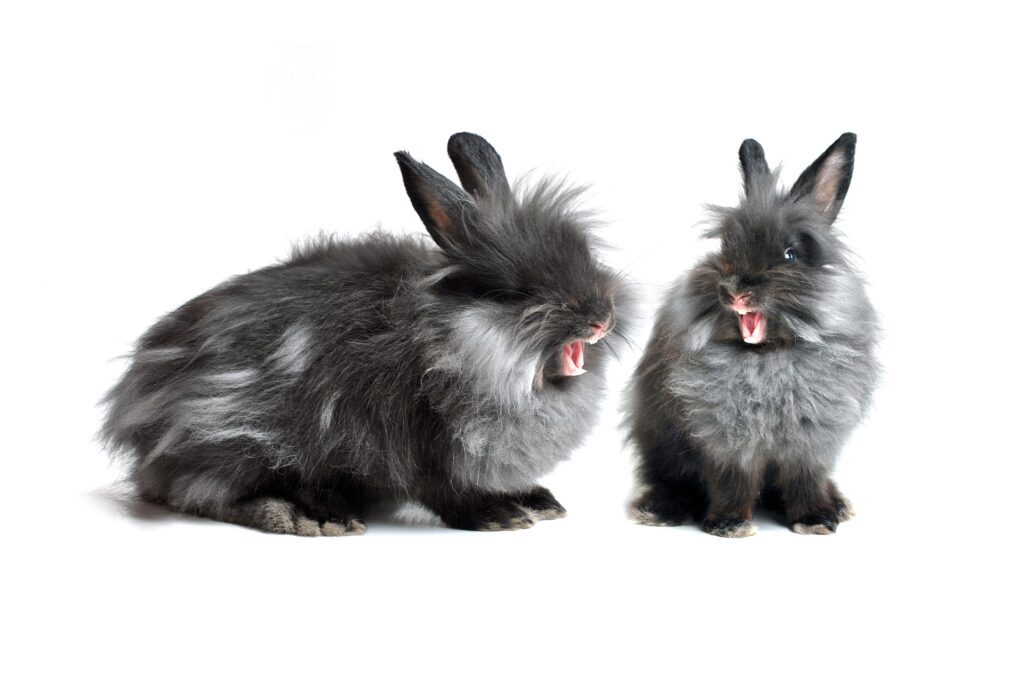 Rabbits are usually peaceful creatures who love to play and socialize with their owners. But what do you do if your rabbit starts showing signs of aggression? It’s tough to see your pet stressed, and it’s natural to want to help them. Here, we outline a few ways you can minimize bad bunny behavior and start enjoying the time you spend with them again!

What is aggressive behavior in rabbits?

There are two major kinds of aggression in rabbits, the most typical being defensive behavior surrounding their habitat. If your rabbit bites when you reach your hand into their cage or hutch, it’s likely to be territorial defensive aggression. Another kind of aggressive behavior occurs between your rabbits – for example, if they are fighting each other to the point of injury.

It can be upsetting to see your bunny get hurt, and hard to know what to do. A small amount of fighting is natural between your pets, but if you can see blood on their fur or in the hutch then its possible that the anger is getting out of hand and the bites are getting nasty.

How to help with territorial aggression and biting 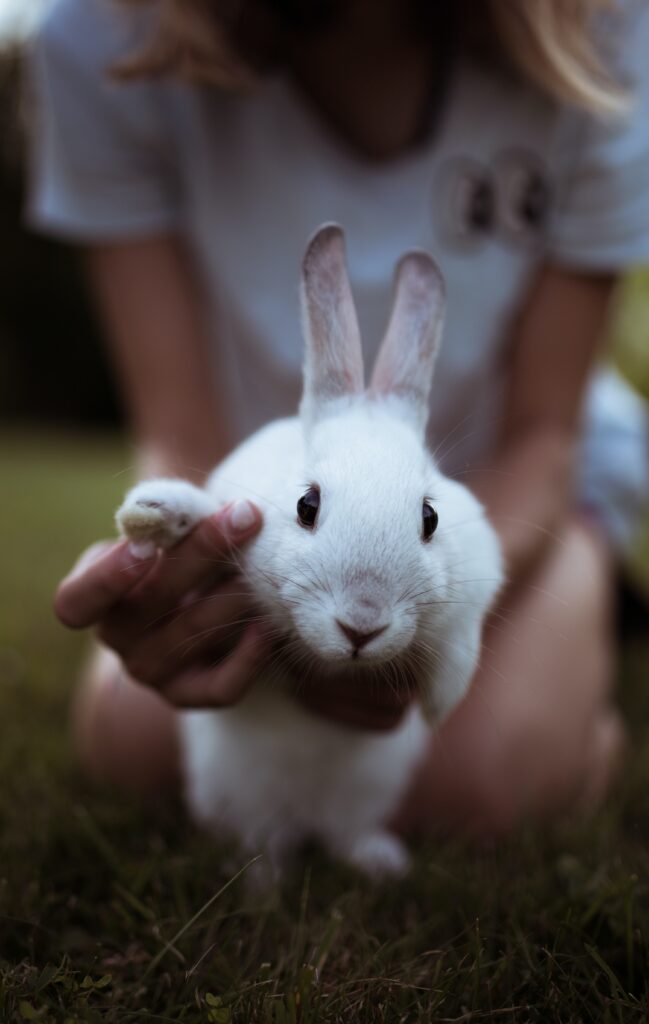 If your rabbits bite your hand – or try to – consider how and where you approach your pet. The hutch is often a ‘safe space’ for a bunny and is where they spend most of their lives. If you reach in unexpectedly, it is natural that they might be scared and defensive. Rabbits are prey animals in the wild and are especially jumpy when ‘cornered’ in their safe space!

By spending time with your rabbit in this non-hutch environment, you are teaching your pet that you are not a predator, and that you can be trusted to approach them. Once the trust is established, you should be able to approach the rabbit in its hutch with no problems.

How to stop aggressive behavior between your rabbits

If you have noticed fighting between your rabbits, and if this seems to be more than just their normal play fighting, you may need to think about how much space they have in their hutch. It could be that your rabbits have grown since you bought them, and their once spacious house is now a little too small for two. It could be that they have spent little time in the run over Winter, and so they’ve become a little ‘house-bound’ in their hutch. Cabin fever affects humans and pets alike!

Whatever the reason for the bunnies’ bad moods, it is important that your rabbits should feel happy and relaxed in their hutch. It is likely that the fighting will ease off if they have more elbow room. Rabbits are territorial animals, and they each need their own space as well as a shared space. 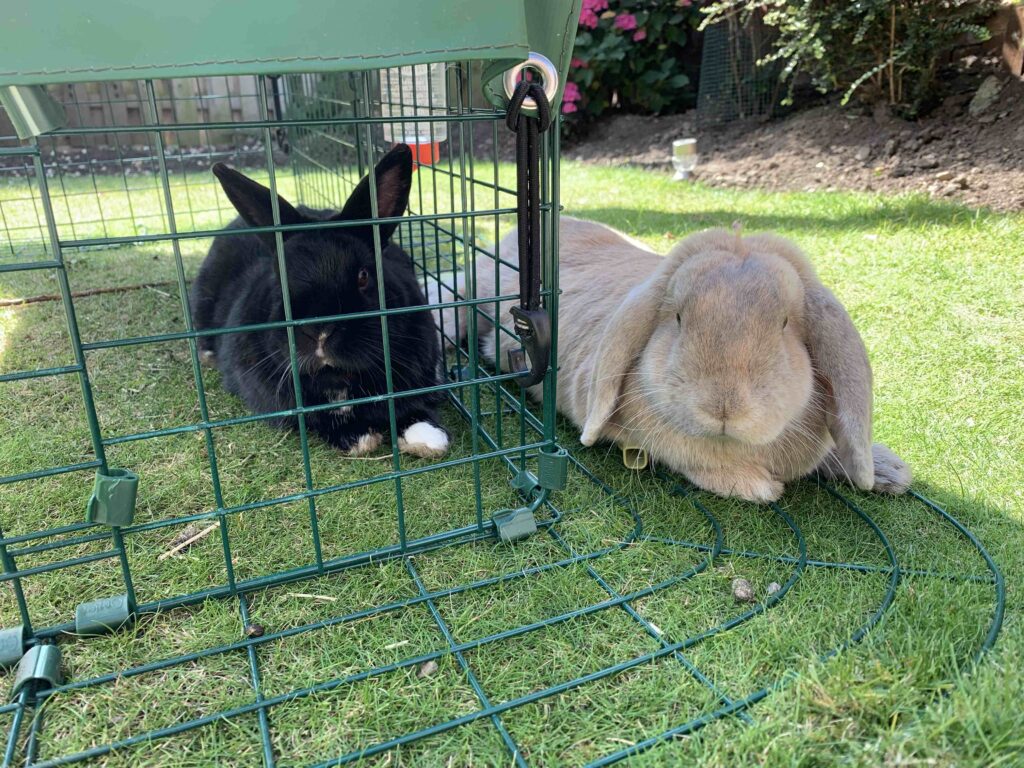 Try distracting your brawling bunnies by clapping your hands. The noise will distract them and will hopefully teach your rabbit not to fight. A particularly aggressive rabbit can be deterred by spraying water on their nose – but this isn’t something you want to do too often, so if, after the first few sprays, via GIPHY it isn’t making any difference, it’s time for Plan B.

If you decide to invest in a larger hutch but your rabbits continue to show aggressive behavior, you may have to separate them into two different hutches. That’s Plan B!

The benefits of spaying rabbits

Spaying (also known as neutering) is the term for stopping your pet from having babies and is accomplished via surgery. If your rabbits were from a pet shop, it is likely that they have already been spayed – but if you got your rabbits from a friend, it’s always a good idea to take them to the vet and ask about spaying.

If your rabbit has not been spayed, they are much more likely to exhibit aggressive behavior to you and any fellow bunny who shares their hutch. 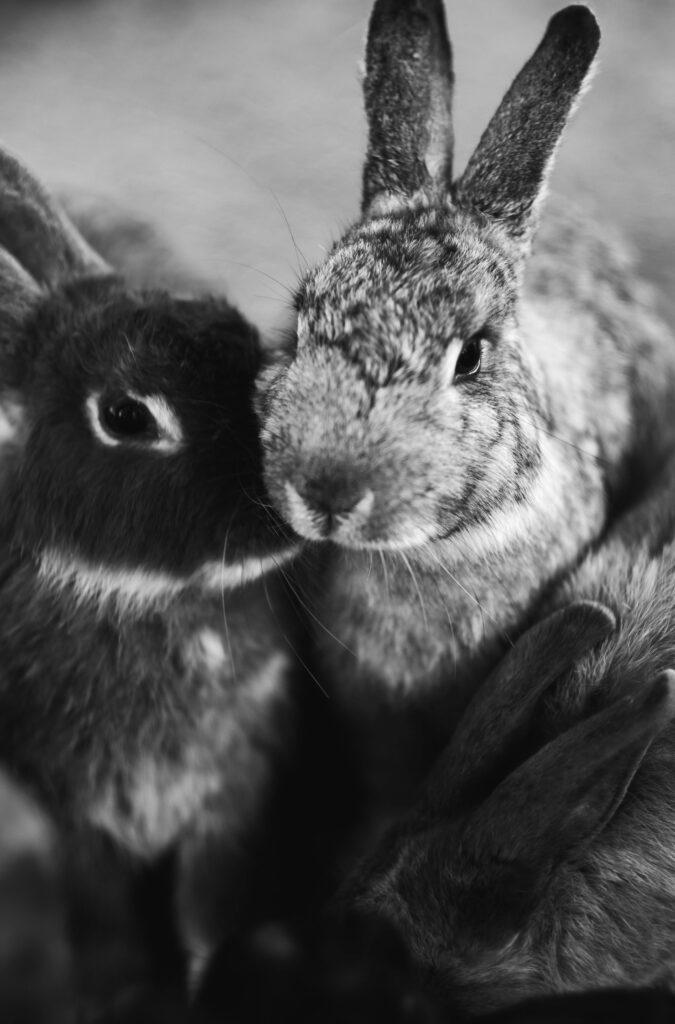 It is common for owners to keep male rabbits or female rabbits in single-gender pairs, and this can lock them into a mating-related feud that neither can win. Your rabbits could be fighting over who is the most dominant in their shared territory, but this fighting is much less likely to occur if they have been spayed.

Equally, if you have decided to keep a male and female rabbit together, it is a good idea to get them spayed, as rabbits can have up to fifty baby bunnies a year! Fifty bunnies may sound cute but consider how difficult it could be to care for and house that many animals!

There are other benefits to spaying your rabbit other than reducing their aggression, such as reducing their chances of getting mammarian, ovarian or testicular cancer. Spayed rabbits are also much easier to train, and are more sociable generally.

If you have only recently brought your pet rabbit home, they may need a little time to get used to their new space and become comfortable. It is natural for any new pet to be nervous and skittish at first, and this could lead to a few aggressive behaviors, including biting, early on.

It’s important to know that your rabbit is more scared of you than you are of it, and that just because it has bitten you doesn’t mean that you won’t end up being the best of friends! If you feel nervous about establishing contact with the rabbit, talk to a friend who has had rabbits for a little longer, or check out some of the reassuring ‘how to’ guides available online.

Just remember that having a rabbit is hugely rewarding and it’s worth spending time hand-training your pet from the beginning. As long as they have enough space and no aggressive ‘mating rivals’, they should be every bit as calm and cuddly as you could hope for. 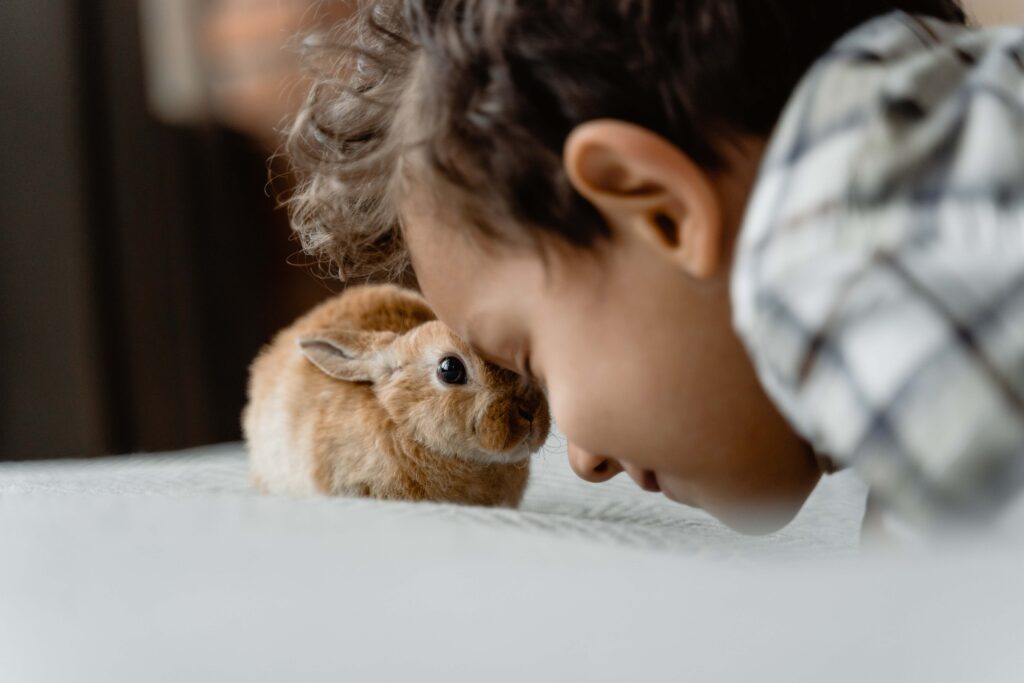 This entry was posted in Rabbits

« Dog Collar vs. Harness – Which is Better for Your Dog?
5 Ways to Keep Your Birds Happy and Healthy »