Why Do Guinea Pigs Popcorn?

What is popcorning in guinea pigs?

When a guinea pig is happy and excited, it will often ‘popcorn’. This describes the sudden jumps performed by guinea pigs, sometimes from a standing position, sometimes in mid-stride, and often involving a change in direction and an endearing squeak! But why do guinea pigs popcorn?

What does it mean when guinea pigs popcorn?

Guinea pigs, being naturally portly, need all the exercise they can get in order to stay trim. It is thought that when guinea pigs popcorn it is part of their natural workout. You can find out more about guinea pigs and their exercise requirements in our How Much Exercise Do My Guinea Pigs Need? blog. It may also be a behavior that causes predators to stop in their tracks, out of sheer surprise, giving the guinea pig an increased chance of escaping unscathed.

Not all guinea pigs entertain their owners with popcorning, but most of them do. The usual reason why guinea pigs popcorn is happiness. They’re simply having a good time, they become excited, and pop! They are literally jumping for joy. Well, most of the time…

Do guinea pigs popcorn when scared?

Popcorning in guinea pigs is certainly not abnormal, although guinea pigs may occasionally popcorn out of fear. You can easily tell when this is the case – was there a sudden noise, for example, or did the guinea pig spot a cat or dog or some other potential danger? If fear is the trigger, the guinea pig will run for cover after landing, and will often make some alarm calls too.

In most cases, however, a guinea pig will ‘freeze’ rather than popcorn if it perceives danger. This is a behavior common to all rodents (and rabbits too). Read more about rabbit behavior in the Learn to Read your Rabbit’s Body Language from Omlet.

Popcorning can be seen in many young mammals (although it is only called popcorning if a guinea pig is involved). Young lambs are a classic example. The behavior is often part of a running and jumping combination, actions known to guinea pig lovers as zoomies.

Encouraging a guinea pig to popcorn

Although guinea pig popcorning can’t be taught to a guinea pig as such, your pet can be encouraged in various ways. Offering a favorite treat often inspires the behavior, and in a keen guinea pig pop-corner, the very sight of the treat might, in time, produce the behavior. At this point, it crosses over into training territory, and if you use a command word (such as ‘popcorn!’) each time a treat is offered, you are in with a chance of making your pet associate the word with the treat. This means, in theory, that simply saying ‘popcorn!’ will cause the guinea pig to jump for joy!

Regular play sessions with your guinea pig will be a source of pleasure for your pet, too. If they feel safe with you in their run, guinea pigs will sometimes popcorn their way into double figures. If you pick them up, and cuddle them, it will often inspire popcorning when the guinea pigs are back on the ground.

If you have a secure space outside the guinea pig cage, this can provide great stimulation for inquisitive guinea pigs. Supervise your furry friends as they nose through the space, and count how many times they perform a popcorn! This should only be allowed outdoors if the space is completely secure and safe for guinea pigs (i.e. no gaps in the fence, no other pets, no toxic plants), and if the outdoor temperature is warm (a minimum of 64 F).

Why do guinea pigs do ‘zoomies’?

It’s a little odd that the guinea pig, a short-legged animal that lacks the ability to climb very well and is usually unable to jump over an obstacle, should be able to perform these vertical take-off maneuvers. Younger guinea pigs tend to jump highest, and more portly specimens will seldom attempt to perform zoomies and popcorns. Younger guinea pigs, in general, will do most of the running and jumping, letting off all the excess energy associated with youth and vigor!

Novice guinea pig keepers have been known to mistake guinea pig popcorning for a seizure. Once you take time to watch your guinea pig you will soon spot the difference, however, as the guinea pig popcorning will become a very familiar sight, and there is no confusing the two. A guinea pig that is having a seizure will fall on its side and wave its legs around, often with jerky motions to the head. The attack will last several seconds too, unlike a swift popcorn. If, after jumping or falling, a guinea pig fails to get back to its feet immediately, it’s time to consult the vet.

Guinea pig popcorning and guinea pig zoomies are two of the things that make guinea pig keeping such great fun. These little furry characters are so full of fun, it’s contagious!

Whilst guinea pigs do a pretty good job entertaining us with popcorning, make sure that they have everything they need to stay amused with Omlet’s range of guinea pig products. From the Zippi Guinea Pig Tunnel System to the Caddi Guinea Pig Treat Holder, your furry friend will absolutely love these awesome accessories! 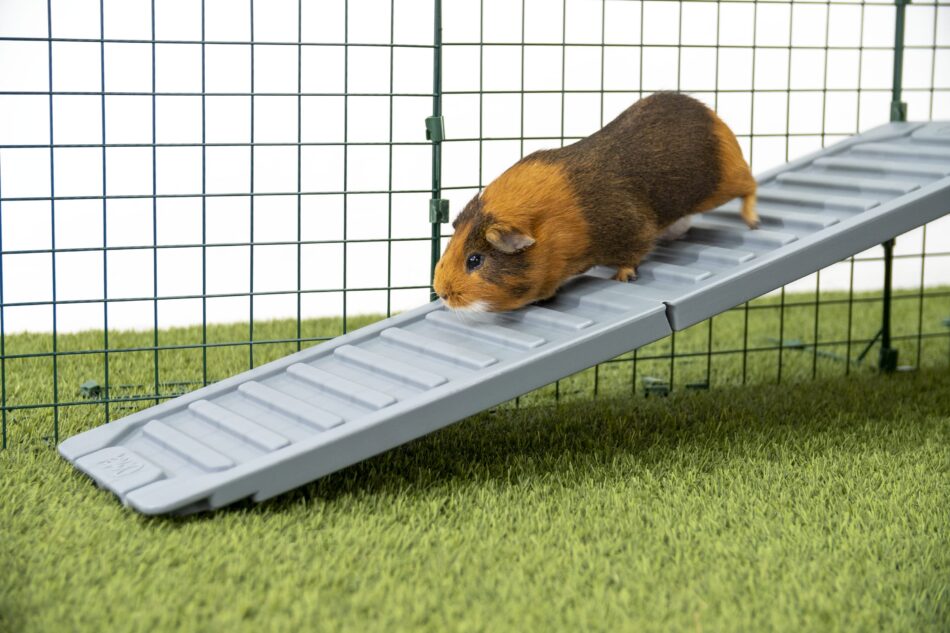 While guinea pigs do a pretty good job entertaining us with popcorning, make sure that they have everything they need to stay amused with Omlet’s range of guinea pig products. From the Zippi Guinea Pig Tunnel System to the Caddi Guinea Pig Treat Holder, your furry friend will absolutely love these awesome accessories!

« Omlet’s Holiday Animal Quiz: Are you an Expert?
Do Dogs Laugh? » 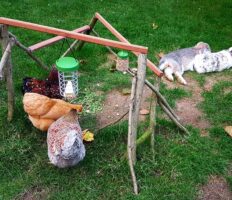