Birds Who Mate For Life

According to folklore, birds choose their mates on St Valentine’s Day. A rare few only have to make that choice once, staying with the same partner for as long as both birds are alive.

There is something romantically appealing about this idea of birds sticking together for life. But not many species follow this lifestyle. The faithful few include many species of goose and swan, several of the owls and eagles, and some of the penguins. Many others are ‘serially monogamous’, meaning they stick with one partner throughout a single breeding season, but not for life. An estimated 90% of bird species fall into this category.

Mating for life is something much rarer. Parrots in captivity usually stick with one partner, as their choice of mates is limited. But the whole idea of bird fidelity is best captured in the image of two lovebirds cuddling up and rubbing beaks.

What’s the advantage in sticking together for life?

The chicks of birds of prey such as owls and eagles grow slowly. Rearing a big bird such as an osprey or golden eagle takes around three months from egg laying to independence. It helps save time if the parents start rearing their young early in the season, preferably in the same nest as last year. Lengthy courtship displays and nest-building are simply delays, and ones that can be avoided if two birds resume their old relationship each year.

The advantages of faithfulness may seem less obvious for smaller birds. But it ensures that both parent birds are focussed on the successful rearing of their chicks. The alternative is polygamy, in which the male strays away to mate with other birds, putting all the pressure on the hen bird to feed the chick. In a harsh season, having two parents working together can make the difference between life and death for the chicks.

Most mating-for-life species don’t actually live together outside the breeding season, though. Not in the wild, at least. But there is one famous exception – the Lovebird. 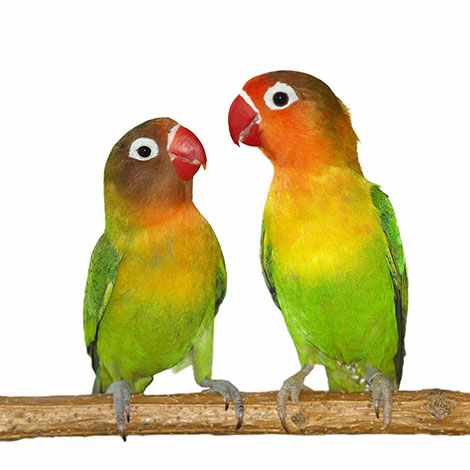 Lovebirds of a feather stick together

Lovebirds take mating-for-life very seriously. Most other ‘faithful’ birds rediscover their independence outside the breeding season, but Lovebirds live up to their name 24/7, 365 days a year.

Like most parrot species, in the wild all nine species of Lovebird live in flocks, and their social organisation is based on pairs. The strong bonds involved prevent bickering and fighting in the mating season. It’s a peace-keeping system that works so well, it’s surprising that other species haven’t followed a similar evolutionary path.

Lovebirds are bonded to the point of jealously. They may be our perfect picture of avian affection, but they will fend off any intruders. It is recommended to keep pairs separate from other birds, rather than including them in a mixed aviary – unless you have a huge space in which grumpy or jealous birds can easily find space away from each other.

A bereaved Lovebird, or one kept on its own, will become depressed. It will pine, stop eating, squawk, and become irritable. The exceptions are those birds that have been handled from a young age and have bonded with their human companion. Their affection is every bit as genuine with a human ‘partner’ as a feathered one.

There are downsides to this, though. A bonded lovebird will regurgitate food for you, and will need discouraging from attempting to mate! 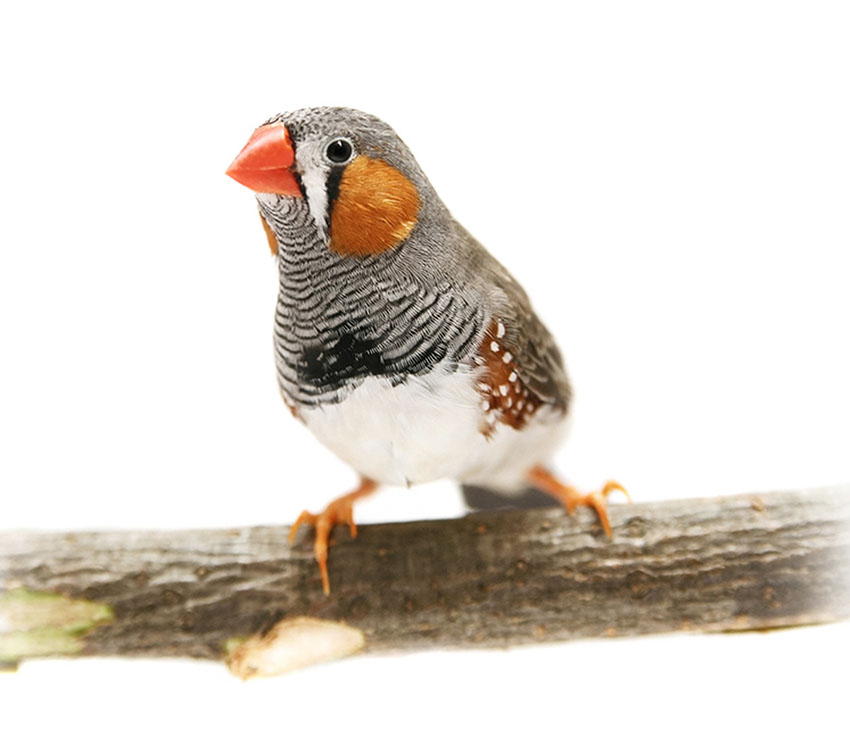 Most birds that live in flocks are monogamous – that is, they have just one mate each breeding season – but the Zebra finch takes it a step further. Many owners think the bird’s habit of mating for life is something that only happens in captivity, where choice of partner is restricted. But the little Zebra is every bit as faithful as the Lovebird, even in the wild.

In captivity problems can arise when birds die, or when new ones are added. A singleton in a group of Zebra finches will find it hard to find a mate without a fight. For this reason, ironically, it is actually best to keep these finches in pairs rather than big or odd-numbered flocks, as a single bird may be forced to become either a bully or a depressed outcast.

Love is in the air

Nature has found all sorts of ways of ensuring that the next generation of birds takes to the wing. At one end sit the cuckoos, taking no responsibility for parenting or relationships of any sort. Next come those birds that take the lots-of-mates approach. Most, however, opt for one partner per season.

But there’s something particularly appealing about those few species that mate for life. For Lovebird and Zebra finch owners, romance is an everyday fact of life.

« Don’t Leave Your Pet Out of Date Night
Do Pets Experience Heartbreak? »