How to Create Peace in a Multi Cat Household 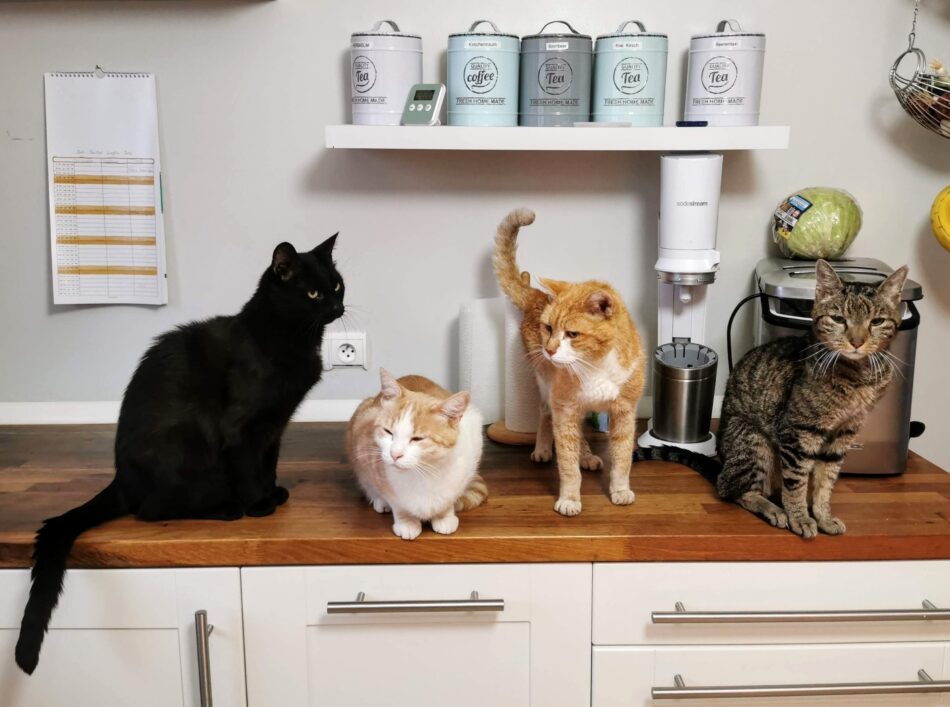 Photo by Dietmar Ludmann on Unsplash

Despite many cats enjoying being independent creatures, according to the PDSA PAW Report, 43% of cats in the UK now live in multi cat households. While it’s understandable why so many of us give in to the temptation of introducing another feline friend into the home, it’s also important to be cautious of the potential onset of cat behavioral issues such as aggressive behavior i.e. hissing, growling, or chasing as a result of doing so, and to consider if the dynamic of a multi cat household would work for you and your family. However, if you do decide to take the plunge, here are some tips on how you can try and keep the peace.

Providing your cats with plenty of exercise will help to keep them at a healthy weight and keep them stimulated. Both are important for all cat owners, even those who only have one cat. However, for cats who live amongst other cats, keeping active can aid with avoiding a potential buildup of excess energy, which can sometimes manifest itself as aggression towards other cats in the household.

One way to help keep your cats exercised is through play, which will also help to strengthen the bond between you and your furry friend. How about trying the new catnip wand toys that will encourage your cats to chase and provide them with endless hours of fun. Another great way of exercising your pets is to invest in a cat tree. Cats love climbing and scratching, so a cat tree is one sure way to encourage this and keep them entertained.

Pheromone diffusers are an odorless plug-in product that works by producing pheromones, or chemical substances, that your cat naturally releases when they either rub against surfaces, scratch at items, bump heads with humans or other cats, or spray. Pheromone products mimic how pheromones would naturally send messages between cats, meaning that they can help in multi cat households to have your cats to feel more relaxed, and reduce their stress levels.

It’s important that your cats have their own litter box when they live with other cats. This is because of their territorial nature, which often means that cats like to ‘claim’ where they go to the bathroom and do not like this area to be shared. If cats feel as though their territory is under threat, this can lead to aggressive behavior such as fighting.

Furthermore, most cats will refuse to use a dirty litter box, which will likely happen should you only provide a single litter box for several cats, as of course, their waste will accumulate more quickly than if your cats were to have their own. The general rule of thumb is that you should have one litter box per cat, plus one spare to have placed out in your home.

Cats like to be alone when they’re eating, meaning that if you have multiple cats, they will require separate feeding stations at mealtimes. When cats are forced to share the same area for feeding time with another cat, it can take away from their predatory instinct to hunt and eat by themselves, which inevitably can induce anxiety and aggressive behavior. In a multiple cat home, cats may see a shared feeding area as an opportunity to compete for food, which could result in you having a ‘food bully’ on your hands. As well as providing your cats with their own food bowls, give them each a designated space in the home to eat any from any other cats.

Furthermore, creating this divide will help your cats to stay healthy by having them fed equally, or in accordance with their own specific dietary needs, as it ensures one cat cannot access the other’s food. For example, factors such as the age, weight, or medical condition of your cat/s may mean that they have to be fed different diets. Therefore, it’s fundamental that you leave each cat’s bowl out of reach from any potential cat food thieves!

By nature, many cats need their own personal space, even when they’re not eating. It’s a good idea to have an area in the home that they can go to escape to by themselves, away from both humans and other animals. If you have the room, it’s advisable that each of your pets have at least one of their own private areas in the home that they can go to without being disturbed and becoming overwhelmed. This may even be a cardboard box if you’re limited for space but be sure this is away from the hustle and bustle of the home or outside. 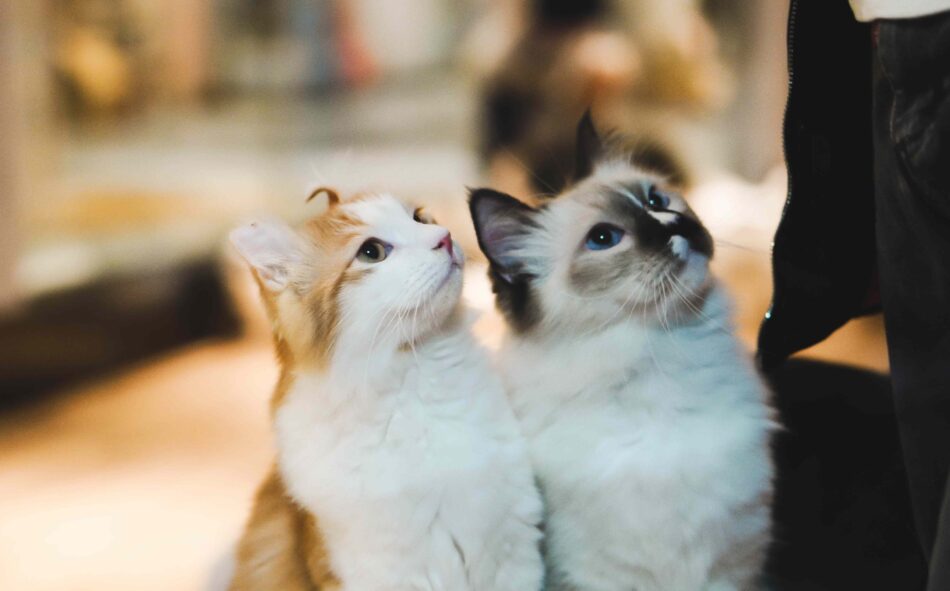 Photo by Kelly on Unsplash

Introducing a new cat can be a difficult time for you and your already existing pet, but fortunately, it’s not impossible to make multi cat households work. So, after a bit of advice, hopefully the transition period will be a lot easier. However, should you notice any signs of aggression between your cats, it’s important to seek help from a veterinarian before these issues get out of control.

« What’s The Difference Between a Hamster and a Guinea Pig?
Why Have My Chickens Stopped Going into the Coop at Night? »