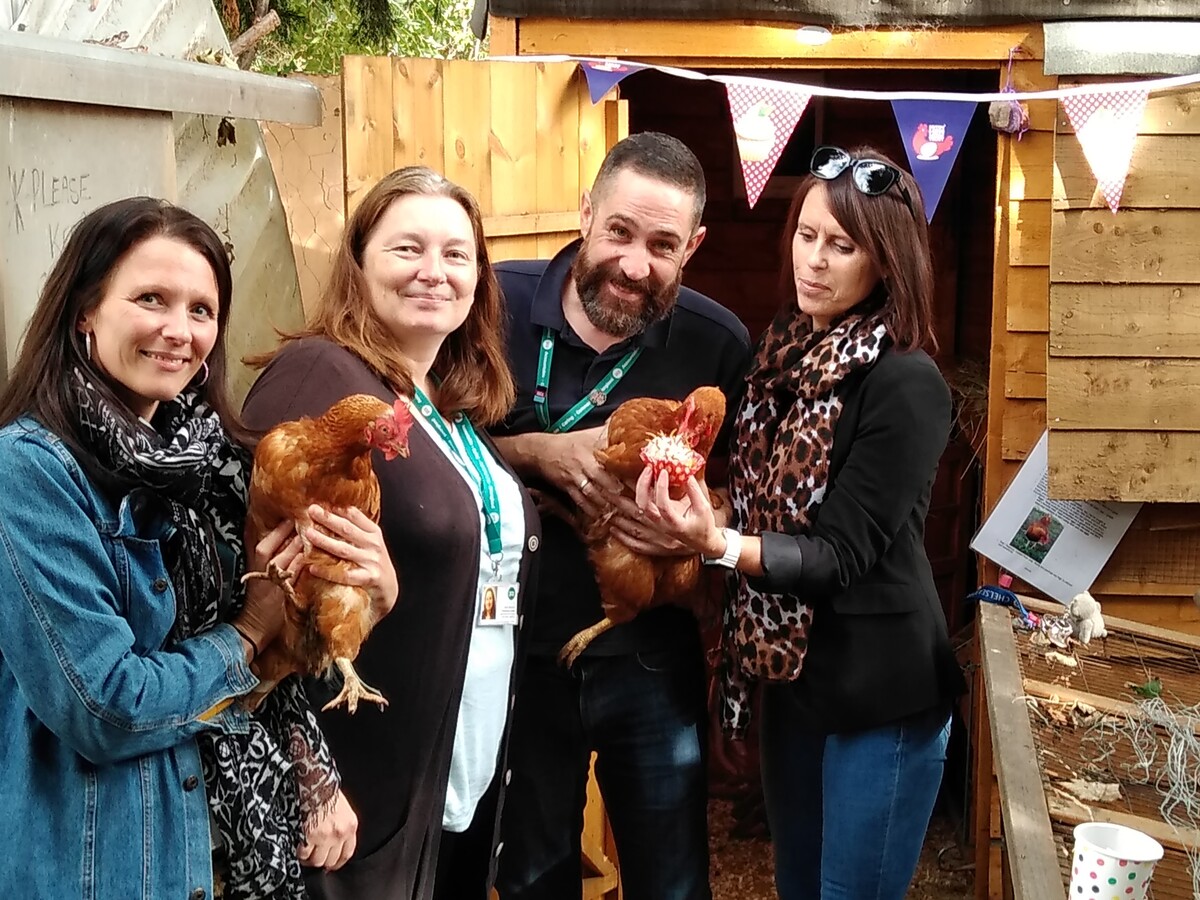 Once caged battery hens, Hennifer Marge and Sybil now work free-range with their human Jonathan, transforming lives for offenders at the Rosemead Project. Jonathan (support worker and chicken champion) believes the hens have the power to unscramble tricky social situations.

The Rosemead Project is a residential home in Southend on Sea that exists to get people in need of support on the right path, by learning independent living skills to transform their lives. Six years ago, Southend council granted the project funding to transform the garden. They installed a polytunnel, created raised beds and planted fruit trees.

Jonathan introduced chickens to the garden. The ex-battery hens arrived in a sorry state, malnourished with large patches of missing feathers and pale, floppy combs. But within a few weeks of scratching in the garden and the compost heaps, they were on the road to recovery.

When residents arrive, often from homelessness or prison, they are welcomed into their bedroom, and a bowl containing two eggs sits on the side table with a note that says ‘Welcome from Hennifer, Marge and Sybil’. 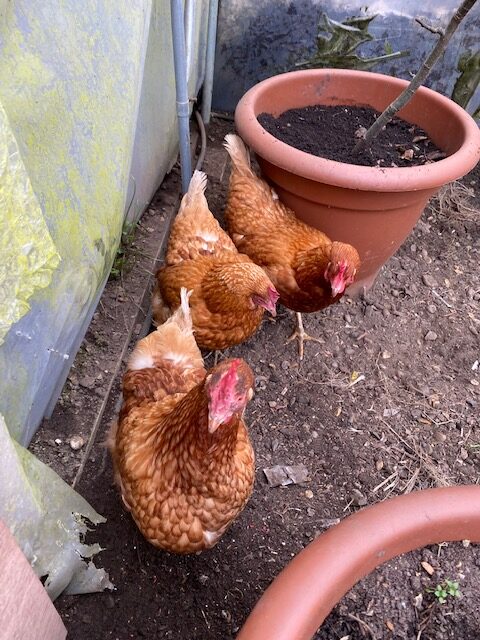 Jonathan uses eggs to teach residents how to cook simple meals, like omelettes. He’s put posters up in the communal kitchen with recipes showing different ways of cooking eggs. The eggs have also become currency, cracking once tricky relationships with neighbors. After an anti-social behavior incident, Jonathan visited Jean, one of the elderly neighbors who was nervous about the project. He took eggs and found that they were a good conversation starter.

It was all going well when a fox came. Doris, the mother hen of their original flock, ran towards the fox to protect the rest of them and was left dead. She’s buried in the garden and a lot of the residents were affected by the attack. So on his next egg delivery to Jean, Jonathan told her about the fox and said he would get some more chickens from the British Hen Welfare Trust. Jean came with him and got some hens too. It was a positive moment.

Hennifer, Marge and Sybil arrived, freed from their horrific caged lives. They’ve been with the project for two and a half years now and are the best-feathered support workers Jonathans ever met. Hennifer is confident, Sybil inquisitive, and Marge is really chilled. She can often be found under the lavender bush.

Residents typically stay with the project for two years before going on to independent living, but the path isn’t always smooth, and occasionally, they are sent back to prison. When this happened to one resident, he contacted the Rosemead Project (through his family) to ask if they could send photos of the chickens, they become an important support to many people living at Rosemead.

Another resident says he loves the sound of chickens clucking when he wakes up. It takes him back to a happy place. And another has taken charge and gets up at 7am every morning to let the hens out. Either sitting or working in the garden, the hens build resident’s confidence. “The hens don’t run away from them. That’s important,” says Jonathan.

Some residents like to buy treats for the chickens, which may seem like a small thing, but when it’s a choice between lager or mealworms and they’re choosing mealworms. It’s a good sign. There’s a trail of jobs that come from the hens that’s good for building life skills and the cleaning and care that goes into looking after a pet provides a sense of responsibility.

Jonathan says, “Sometimes, it’s hard to find positives in this job, but it’s a good thing to give something a quality of life, and the chickens are one of the little things that put a big smile on your face.” 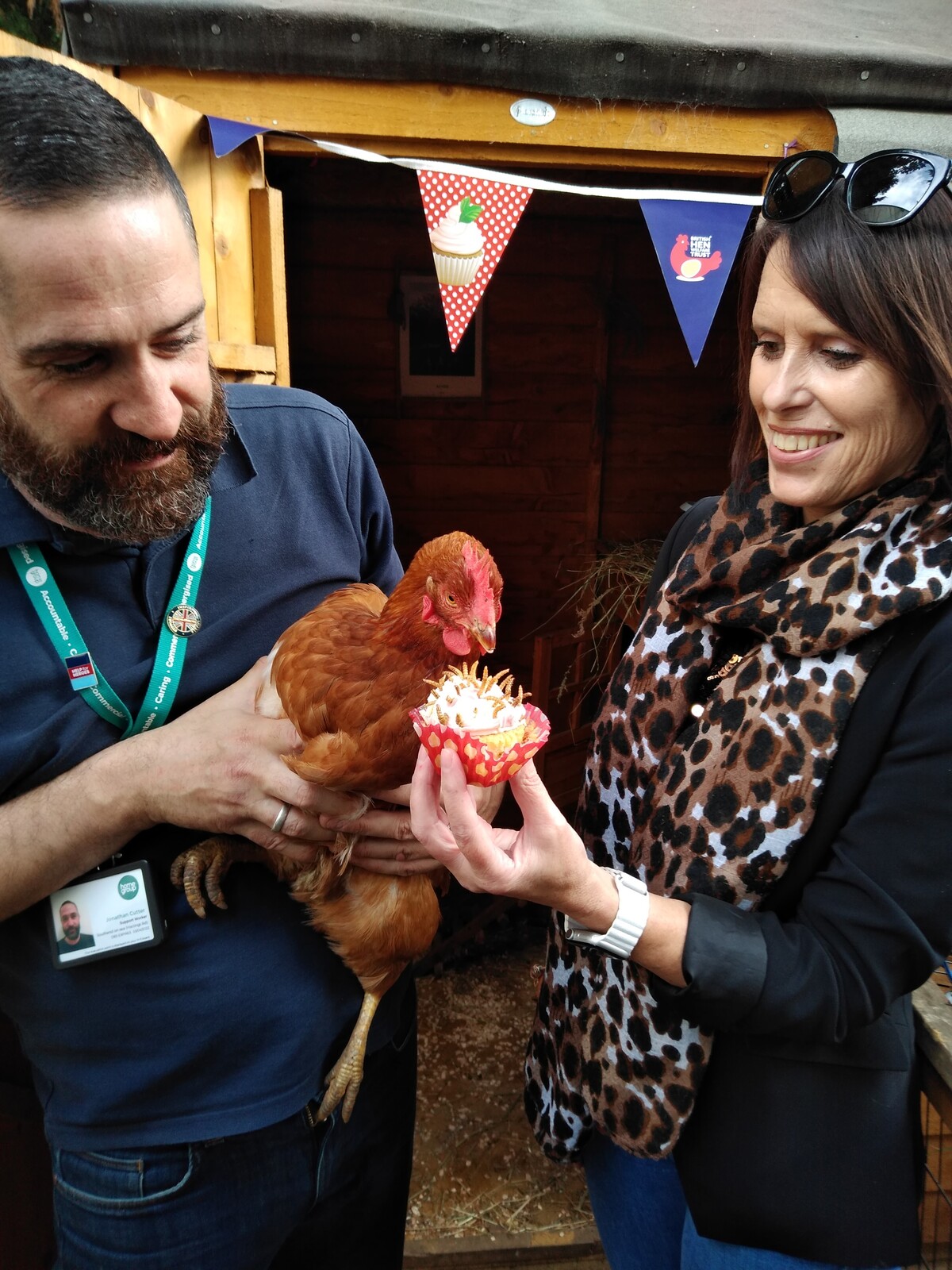 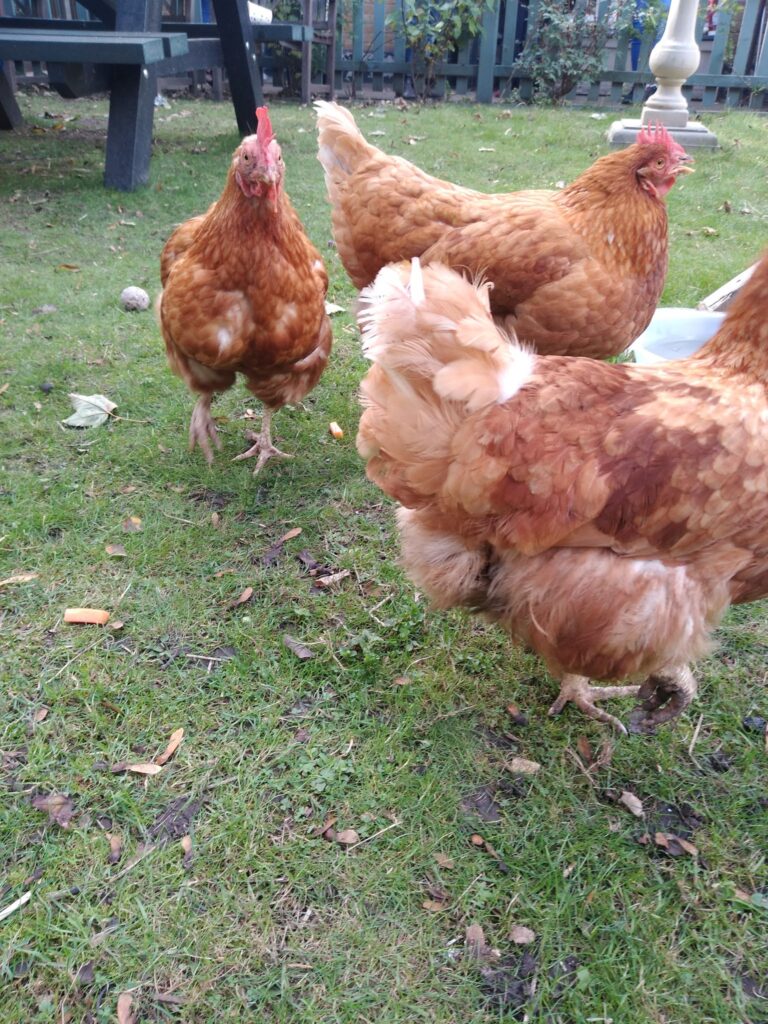 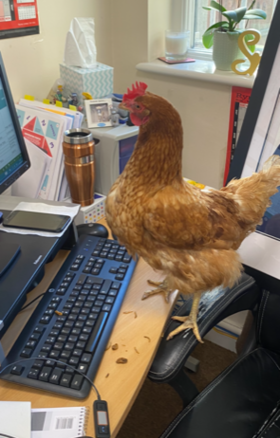 « Why Spring Is the Perfect Time To Get Chickens!
World Hamster Day – 10 Reasons why Hamsters Make Great Pets! »