Why Do Some Eggs Have Double Yolks? 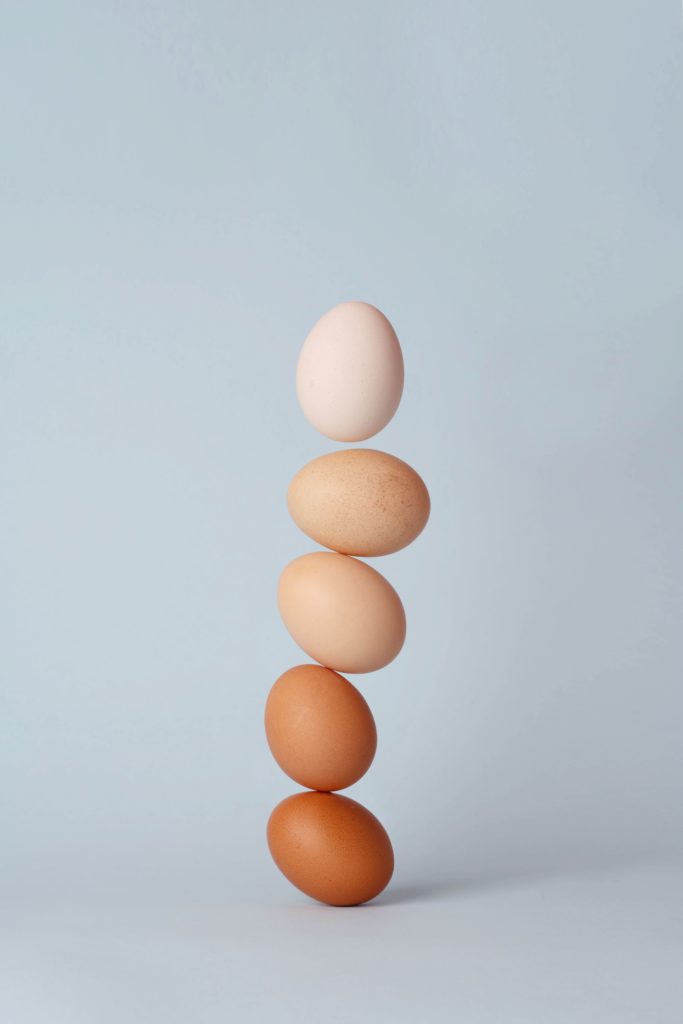 Most people would agree that the yolk is the best part of the egg. A double-yolker in the breakfast pan is therefore a very welcome sight!

Some hens lay double-yolkers every time, a genetic quirk that simply means two yolks are released into the system instead of one. However, hens that manage this impressive feat are rare, and no single breed has been developed to pull off the double-yolk trick every time.

The one-egg-with-two-yolks breakfast can still be yours every day, though, if you are willing to pay extra for it. You may have spotted double-yolk ‘super eggs’ on the shelves of certain supermarkets – sold at a premium, of course – but these are nearly all from young birds, rather than the mythical Double Yolker breed. It is worth pointing this out, as a Google search will lead to some interesting information about such a breed. But it does not exist – yet!

Most double-yolk eggs encountered by chicken keepers come from young hens. Point-of-lay birds tend to produce a very small egg or two, and then a couple of double-yolkers, before their bodies settle down into a regular four or five eggs-per-week pattern. A double-yolk egg after this early laying stage is very rare in most birds, although some hens begin to produce double-yolkers again towards the end of their egg-laying lives. Circumstantial evidence suggests that the Rhode Island Red, Oxford Brown, Sussex, and Leghorn breeds have a higher chance of producing double-yolkers.

How Are Double Yolks Formed?

Hens’ bodies release a yolk approximately two hours after the previous egg has been laid. Once in the hen’s oviduct – the part of the bird’s body in which the eggs are formed – the yolk is surrounded by the white albumen part of the egg and then covered in hard calcium. If a hen has released two yolks side-by-side, the egg-forming process treats them in the same way as a single yolk, resulting in two yolks ‘trapped’ inside a single egg shell.

If double-yolked eggs are fertilized, the result is two chicken embryos in one shell. Most of these ‘twin’ eggs fail to develop properly, though, with only one chick growing beyond the early development stage, or with neither of them developing. This makes it rare for two chicks to emerge from one egg. Chicken breeders are advised to put aside the double-yolkers to prevent them developing, and in commercial operations most double-yolkers are sold to food companies that use eggs in their products.

How Can You Tell If An Egg Has Two Yolks?

You do not need to crack the shell to find out what is inside – you can spot a double-yolker by ‘candling’ the egg. The word candling comes from the ancient practice of holding an egg in front of a candle flame, but a small flashlight does the job just as well (although they are still ‘candled!’) If there are two yolks inside, they will be visible as two dark blobs against the bright light as it shines through the shell.

So, although double-yolkers are estimated to occur in just one per thousand eggs, the sheer abundance of point-of-lay hens means that they are a common sight on the plates of chicken keepers around the world.

Triple yolkers, however, are very unlikely to grace the breakfast table. This super-rarity is found in just one egg per 25 million!

« Can Dogs Get Seasonal Affective Disorder
How Much Exercise Do My Guinea Pigs Need?  »

One reply on “Why Do Some Eggs Have Double Yolks?”

People have discovered eggs with three or four yolks, although those odds are even slimmer than those of a double yolk. The world record for the most yolks inside one eggshell is NINE. Now those must have been some pretty tasty scrambled eggs!