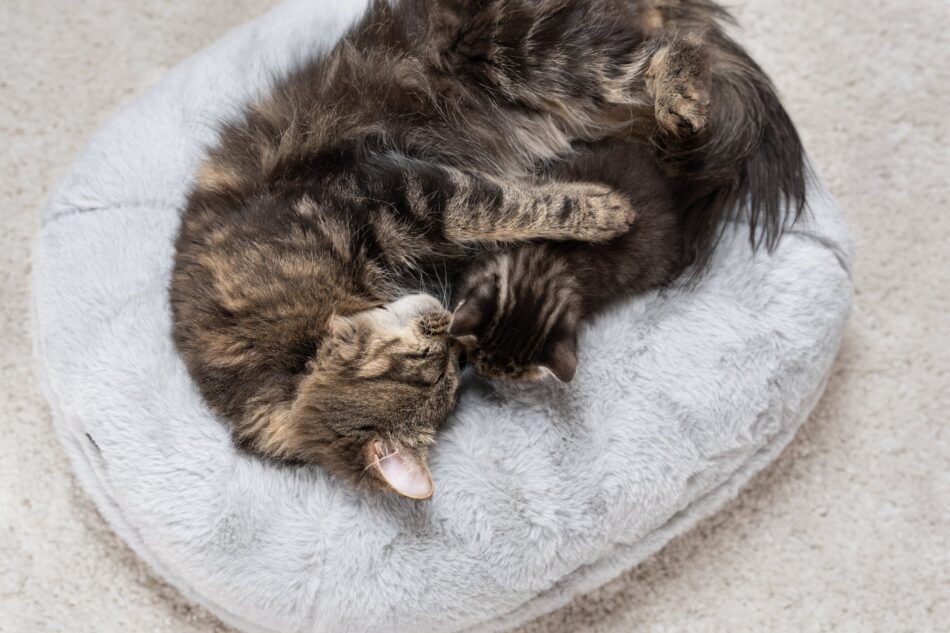 The closest ancestors of the domestic cats were solitary wildcat species that didn’t have to, and in most cases didn’t want to, draw attention to how they were feeling. Showing weakness would potentially expose you as an easier target for predators or competing cats. This is still present in cats today; in most cases they will try to hide what they are feeling from you.

With that being said, they do of course communicate. With other felines, and with us. They use scents and vocalisations, but also a lot of visual cues in the form of body language.

When you’re trying to analyse and understand your cat’s body language it’s important to use the context of the whole situation rather than just looking at one thing. Check the surroundings and try to work out what factors might affect your cat. Is there anything that might make the cat stressed, angry or worried? This might make it easier to understand the cat’s, not always crystal clear, signals.

There are five things to focus on when trying to read your cat’s body language. Eyes, ears, face, body and tail!

Slow blinking – Eyes that blink slowly or are half closed indicate that your cat is really relaxed and trusts that the situation is not threatening. Try blinking back in the same slow way to mimic the cat’s behaviour. This is a great bonding exercise for the two of you.

Dilated pupils – Given it’s not extremely dark in the room, large pupils indicate that your cat is feeling surprised, or scared and anxious. Normally the eyes will also be open wide, and the cat will not blink.

Constricted pupils – If the pupils on the other hand are very small and constricted, your cat will most likely feel tense, possibly bordering on aggressive.

Staring – If your pet locks their eyes on something or something, it is likely to be a challenge. If it’s you the cat is staring at – best not to approach! 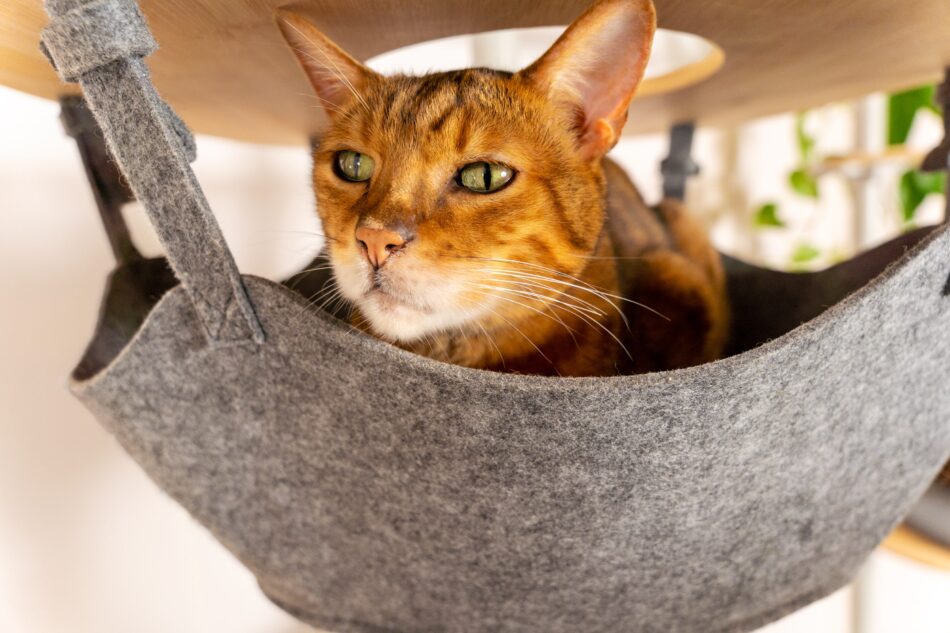 Pointing slightly up and forward – A content and relaxed cat will keep its ears held upright and pointing forward. This is the default ear position, and the ears will probably move somewhat as the cat follows familiar sounds in the room.

Pointing straight up – This is a sign of a cat who is alert and ready to go. They might have heard something they want to investigate, but will first listen out a bit longer.

Pointing in different directions – If one ear is angled to the side and the other one points backwards it is possible that the cat is nervous and trying to assess the situation to get as much information as possible.

Pointing back, lying flat against the head – This is a sign of an annoyed, angry and potentially aggressive cat who is ready to pounce. It’s best to leave them alone.

Tails tell tales! As well as helping cats to balance, your feline friend’s tail tells a lot about how they’re feeling, making it an incredibly valuable tool for communication. Since it’s connected to a cat’s spine, the tail is a part of their nervous system, which also makes it very sensitive. Here’s exactly what your cat’s tail is trying to say.

Held upright – This is a sign of a happy cat that wants attention and company. The tail can also be relaxed, but normally doesn’t move.

Held straight down – This should be a sign that the cat is scared or upset. A scared cat can also hold its tail under its body.

Wagging –  When dogs wag their tails they’re happy, but when cats wag their tails they’re mad – right? Not always. There’s more to a cat’s fluffy tail than you might think. Of course, cat’s thrashing their tail hard and fast across the ground is a sign of stress, but what about when they’re twitching it from side to side and intently focusing on something in the grass? They’re most likely concentrating on a fly, ready to pounce and catch their prey. If the tail is moving quickly from side to side, the cat is likely annoyed and would like to be left alone. If the cat instead wags the tail slowly, they are trying to assess the situation and deciding what to do. The cat might be a bit worried, so if you can, try to reassure him or her.

Big, bushy tail held out straight from the body – Do not approach! This is an angry cat that is trying to look as scary as possible to potential threats. 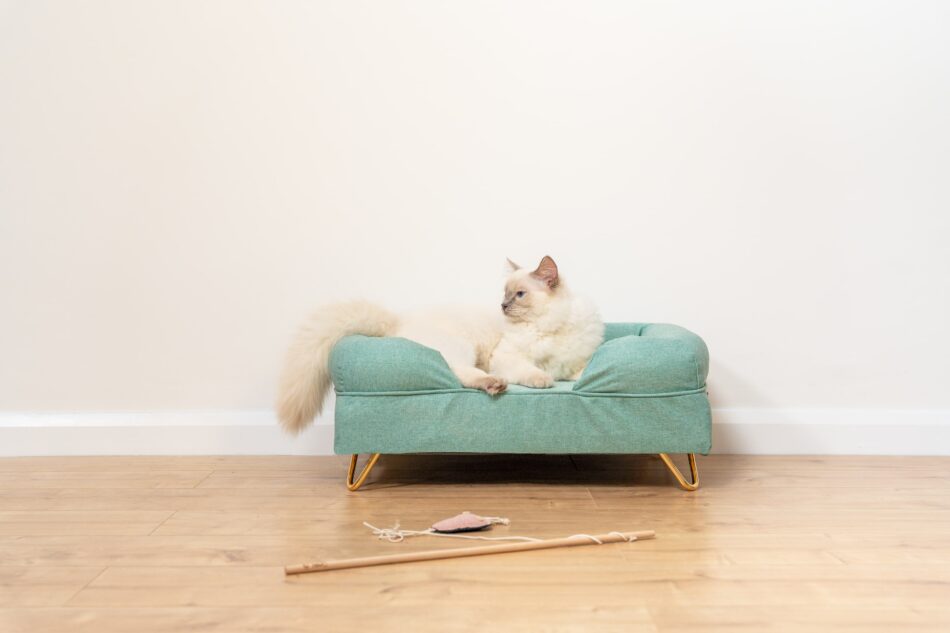 « How to Care For a Parakeet
Want to keep chickens and rabbits together? »