Chicken Sounds and What They Mean 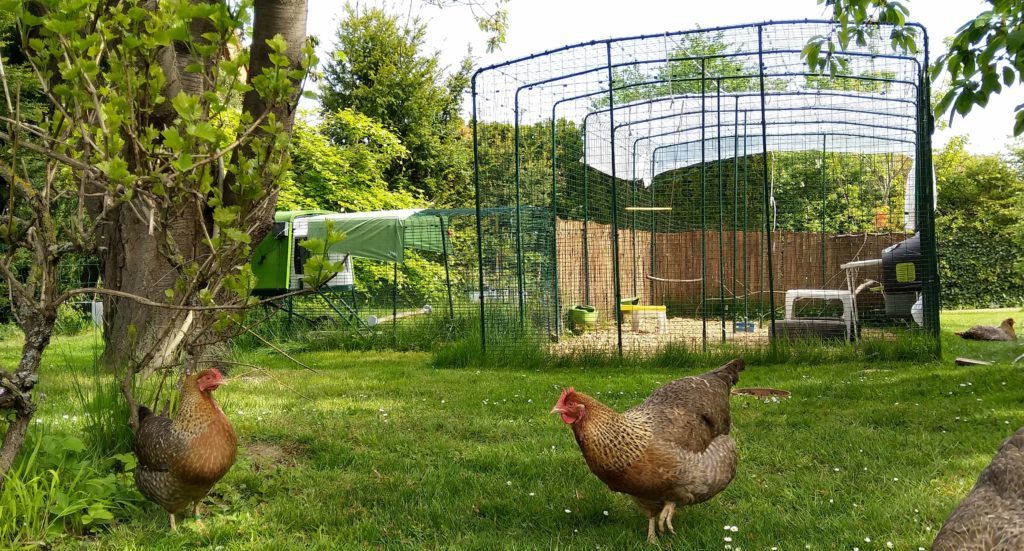 Hens are always talking amongst themselves. All those clucks and squawks means something, and while some of the meanings are obvious – the explosive squawking of a bird running away in panic, for example – others are more subtle.

Here are ten ways in which you can eavesdrop on the chicken chatter and brush up on the bantam banter.

A calm, gently rising borrrrb. This is the sound hens make as they peck their way through the grass or chicken run, and it means two things. It indicates that the chicken is enjoying the endless search for quick snacks, and it’s also telling the other birds ‘everything is fine’. A flock of hens saying borrrb together sends out the reassuring message that there’s nothing to worry about.

The cluck-cum-squawk. This brief, excited cry usually means that there has been some sort of confrontation, usually between a meek hen and a more dominant one who has muscled in to see what snacks the more timid bird has found. The sound is also used if a hen is surprised by something, such as the chicken-run door opening suddenly.

The ‘squawk bomb’. This is when the hen clucks, gobbles and squawks in one hysterical flurry. It sounds as if the bird is about to explode in a cloud of feathers. This is the chicken’s main alarm call, expressing fear and also telling the other birds to run. The causes can be vehicles, dogs, people trying to pick up the hen, or predators.

Buk-buk-buk (but with no badaaak!) This slightly angry and persistent sound is often made by a hen who wants to sit in her favourite nest box but finds it occupied. It’s meaning is a combination of “I’m here!” and “Get out!”

Growling. If a hen is broody and doesn’t want to move from her nest box, she will make a hissing, growling sound. This simply means “Don’t touch!” and “Go away!”

Chick-chat. A hen hatching eggs will mutter various gentle clucking sounds to communicate with the chicks and reassure them. Once the chicks are hatched and running around, she tells them where the good scratching and pecking places are by saying tuk-tuk! (Cockerels use this sound too, to tell the hens that they have found a good foraging spot). Mother hens also have an insistent Rrrrrr call, which is the chicks’ cue to come running if the hen senses danger.

Crowing. This is rooster territory, the classic cock-a-doodle-doo – although some hens get the crowing habit too. Crowing says several things. It means a new day has dawned, and it’s time to be up and scratching/pecking. It also tells the world that this is the roosters’s territory, and that these hens are his. If there is more than one rooster, the subordinate ones will only crow when the boss has crowed. Crowing usually hits 90 decibels, or even more!

Help! A hen separated from the flock will make an alarm call. The sound is similar to the ‘cackling’ that announces a new egg. It is thought to be an SOS call to the rooster to come and save his lost hen. There will be a strong element of danger if there are predators around, so it’s a risky strategy for a lost chicken.

Buzzing. First thing in the morning, with the chicken coop still locked, the hens will begin to make repetitive, buzzing clucks, which may rise in volume as the minutes pass and the doors remain shut. This sound simply means “Let us out – there’s lots of pecking and scratching to be done!”

With this knowledge of chook chit-chat, you will be able to tell what your girls are talking about, even if you can’t actually see them. It’s an all-day, non-stop conversation! 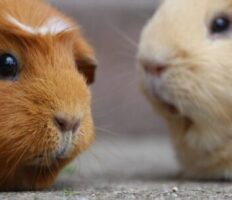